When it comes to talk about the entertainment world, there are definitely numerous Bollywood celebrities we proudly talk about. Bollywood has played its vital role in giving a new edge to film industry and the world of glamour. I must say this industry has also strengthened the economy of India. There are numerous famous female stars in Bollywood who make millions of dollars every year from their career. Check the list of top 10 sexiest Bollywood actresses in 2015. Katrina Kaif was born in 1983. She is a British-Indian actress and model. Katrina started career from the Telugu and Malayalam films. She is one of the highest paid actresses of Bollywood. She is an attractive and charming female. Katrina was born in Hong Kong and lived in different countries with her family. At a fashion show in London, filmmaker Kaizad Gustad spotted this beauty and signed her for Boom (2003). Her best movies are Maine Pyaar Kyun Kiya (2005), Namastey London (2007), Ajab Prem Ki Ghazab Kahani (2009), Raajneeti (2010), Zindagi Na Milegi Dobara (2011), Mere Brother Ki Dulhan (2011), Ek Tha Tiger (2012), and Dhoom 3 (2013). Sonakshi Sinha was born in 1987. She is an adorable and gorgeous Bollywood female. She is the daughter of celebs Shatrughan and Poonam. Sonakshi started career as a costume designer, and her debut was Dabangg (2010), opposite Salman Khan for which Sonakshi bagged the Filmfare Award for Best Female Debut. Her most famous movies are Rowdy Rathore (2012), Son of Sardaar (2012), Dabangg 2 (2012), and Holiday: A Soldier Is Never Off Duty (2014). Sonakshi is a superbly hot and talented young lady. She has also done great acting in Lootera (2013).

Alia Bhatt was born in 1993. She is one of the most successful Bollywood actresses. Alia is the daughter of filmmaker Mahesh Bhatt and actress Soni Razdan. She started acting career from Sangharsh (1999). She did great job in the romantic movie Student of the Year (2012). Alia has worked with many Bollywood actors. Her top movies are Highway (2014), for which she got the Filmfare Critics Award for Best Actress. She was also in the cast of 2 States (2014), opposite Arjun Kapoor. Another great movie of Alia is Humpty Sharma Ki Dulhania (2014), opposite Varun Dhawan. This young lady has been warmly participating in stage dance performances and recently launched her clothing line. Shraddha Kapoor is an adorable and cute Indian movie actress. She is the daughter of actor Shakti Kapoor. Shraddha is a hot and impressive female, who started acting in the 2010 heist film Teen Patti. Her first big role was Luv Ka The End (2011). Shraddha got Filmfare Award for Best Actress nomination for her breakthrough performance in Aashiqui 2 (2013). She is also admired for her great acting in thriller Ek Villain (2014), and Haider (2014). Shraddha was born and raised in Mumbai. She is of Punjabi descent. She has always been busy in her movies. Her performance in Teen Patti alongside Amitabh Bachchan, Ben Kingsley, and R. Madhavan has been great. Parineeti Chopra was born in 1988. She is a high profile Indian actress. She received various nominations and awards during her short acting career. Parineeti is one of the most inspiring Bollywood actresses. She holds triple honors degree in business, finance and economics from Manchester Business School. Parineeti began acting in the 2011’s Ladies vs Ricky Bahl, for which she got the Filmfare Award for Best Female Debut. Her top notch movies are Ishaqzaade, Shuddh Desi Romance, and Hasee Toh Phasee. This hot female was born in Haryana to a Punjabi family. Her father, Pawan Chopra, is a businessman. She is the sister of actress Priyanka Chopra. Malaika Arora Khan, known as Malaika Arora before her wedding, is a dancer, model, television celeb, and former VJ of India. Her best dance performances have been Chaiyya Chaiyya (1998), and Munni Badnaam Hui (2010). She is married to Arbaaz Khan. Malaika has basically appeared in dance numbers. She is the co-founder of Arbaaz Khan Productions, a company that is behind Dabangg (2010), and Dabangg 2 (2012). Malaika was born in Mumbai. She completed her education at Swami Vivekanand School in Chembur. Her parents got separated when she was a child. She has given live performances alongside Atif Aslam, Shaan, and Bipasha Basu. Esha Gupta was born in 1985. She is a Bollywood actress and graceful fashion model. She is third runner-up of Femina Miss India 2007. She has appeared in Kingfisher Swimsuit Calendar in 2010. Esha began career with Kunal Deshmukh’s Jannat 2, which was a commercial hit. She also featured in Vikram Bhatt’s Raaz 3D, and Prakash Jha’s Chakravyuh. She is a Delhi-born beauty, born to a retired air-force officer. Esha completed degree in Mass Communication from Manipal Institute of Communication, Manipal University. This curvy beauty has done not many movies but is still known for being superbly hot and appealing. Priyanka Chopra is an Indian movie actress and singer. She was born in 1982. She won the Miss World pageant of 2000. She is one of the most beautiful Bollywood actresses. She was born in Jamshedpur. Her best movies are Thamizhan, The Hero, Andaaz, Mujhse Shaadi Karogi, Aitraaz, Krrish, Don, Fashion, Kaminey, 7 Khoon Maaf, Barfi!, and Mary Kom. Priyanka is a hot and pretty woman of India. She has been the host of the third season of Fear Factor: Khatron Ke Khiladi. She has also penned the columns of newspapers. She released her first single “In My City” in 2012, followed by “Exotic” in 2013.

Deepika Padukone was born in 1986. She is one of the most popular Bollywood actresses. She has bagged two Filmfare Awards. She is the daughter of badminton player Prakash Padukone. She is a hot and successful diva of the era. Her debut is Om Shanti Om, for which she won Filmfare Award for Best Female Debut. Her performance in the movies Love Aaj Kal (2009), Lafangey Parindey (2010), Bachna Ae Haseeno (2008), Housefull (2010), Yeh Jawaani Hai Deewani (2013), Chennai Express (2013), Happy New Year (2014), and Goliyon Ki Raasleela Ram-Leela (2013), has been incredible. Deepika is known for her long height and slim, sexy figure. 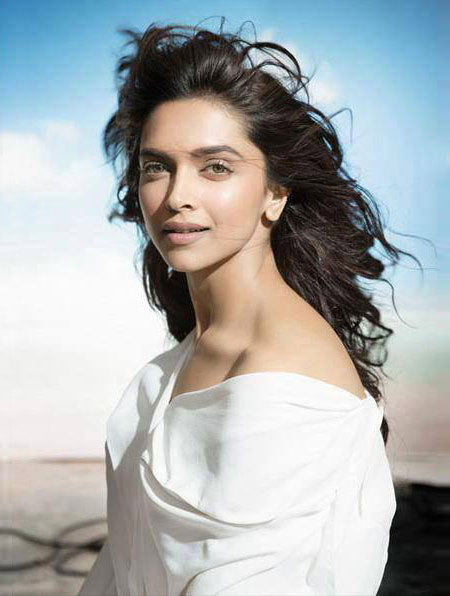 Do you love these women?