Home » For Amazing » Top 10 Most Memorable Protests of Human History

It is absolutely true that the protests take place due to hundreds of reasons. For example, sometimes when the people of a nation are not satisfied with the government policies, they raise their voices. In the same way the increased crime situations and other internal/external issues give rise to protests. Whatsoever the reasons may be, but it is true that none of the government can underestimate the powers of its public. There have had been various protests which revolutionized the states in one way or the other. Let us see which are the top 10 most memorable protests of human history. Flower Power March was held in the streets of Washington on 17th April, 1965. The purpose of this protest was to raise the voice against Vietnam War. During the March, the protesters placed flowers in different barrels of the guns of guardsmen, which were showing off their message of peace. USA was finally forced to sign a peace pact with Vietnam, giving a permanent end to the war. 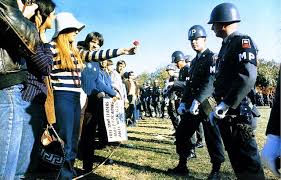 It took place in 2011 all over Columbia. The students protested against the demotivating education system and a planned reform. Severe reactions were made by the whole student community of Colombia which resulted in the withdrawal of the planned reform from the parliament. In 1773 when the British government decided to pass the Townshend Act of applying higher taxes on the imported goods, this protest took place. Almost all the British colonies refused to pay extra in terms of tax to the government except the tax on tea. London, as a counter action, applied strict measures over the colonists but couldn’t undo their protest, so the government finally uplifted the tax. In 2011, the Malawi Protest occurred with a purpose of winning the country’s political reform from the government. During July, 2011, different government and non-government organizations initiated their protest in different parts of Malawi. They were of the view that the poo economical and financial management of the government is making the people feel trouble. UN representatives intervened the protest and it finally got broken via Red Wednesday of national vigil. 6. The Salt March of Gandhi

On 12th March, 1930, this memorable protest took place against British taxation system. Gandhi was the person who gathered all of his followers and embarked a journey in India. The journey continued for more than twenty days and they protesters covered a distance of over 230 miles. Gandhi, along with his 550000 followers were finally arrested, thus the protest came to an end. It occurred in 1950 when Nelson Mandela along with his ANC party managed to organize a work stoppage protest. They raised their voices against the new bill. Millions of people participated in this protest and forced the government to bend their knees. The day is still celebrated in South Africa as National Freedom Day on 26th June. 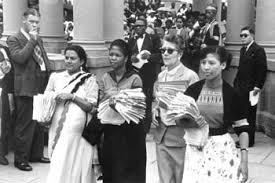 This protest, also known as Chilean Winter, refers to the collection of August 2011 protests. The conflicted education system of Chilean led the students raise their voices and come out to the streets. Their demand was the introduction of a better educational infrastructure and high quality education facilities for primary and high-school children. The development of new public universities could transit the democratic system of Chilean. So the students were keen interested to make it possible for themselves. 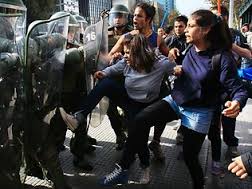 The Protestant Reformation is one of the ancient and remarkable protests. It was against the abusing of Catholicism. Martin Luther King was the main protester who organized it in a quiet and effective manner. The doors of the German church remained close for the common people. The movement ended up with the shedding of lots of blood. 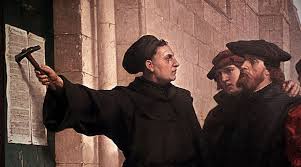 Arab Spring took place in 2010 and is still continued. The protesters are raising their voices against the civil wars which have snatched the peace and harmony of Arab World. The governments and officials of these countries have failed to maintain the proper social, educational and political systems thus the protest is still continued and will likely to continue until the problems are resolved fully. Reminding about the top 10 biggest protests in the history we cannot forget about the Turkish Protests of 2013. The people raised their voices against the government because the press and media were left with no freedom. There was no one, however, to head the protest and communicate with official bodies about the actual issues. Turkish media views that the protest wasn’t violent at all, but accompanied some humorous and peaceful acts. Finally, the government negotiated with the protesters and it ended up.